The aspiring multiracial Black, East Indian and Mexican American heritage Naiya Singh Padilla was privileged to be a passenger (in the front seat of the ‘Hoopbus’) driven by actor and producer Michael B. Jordan. 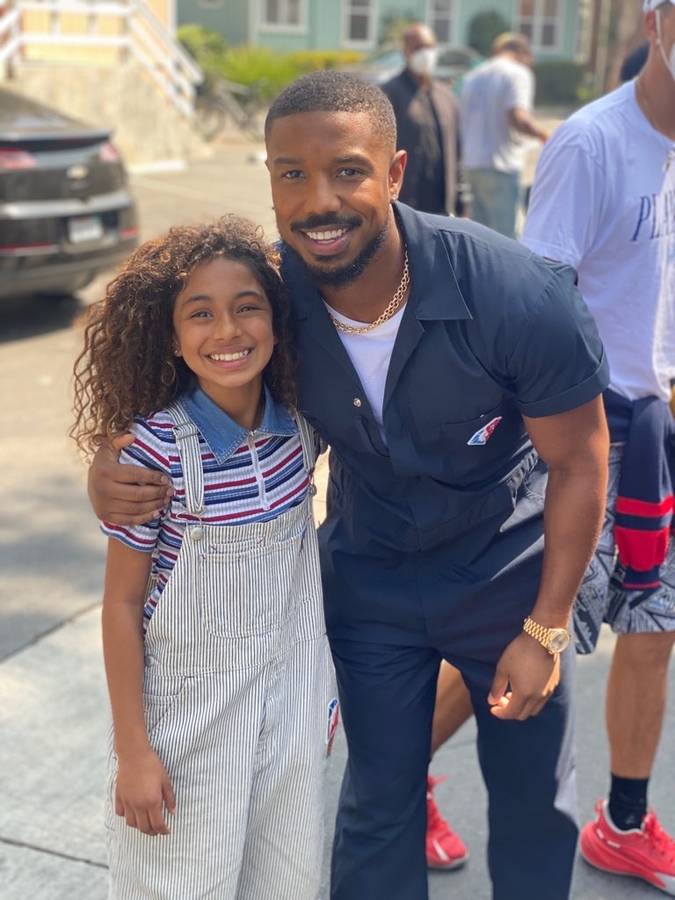 LOS ANGELES, CA, October 13, 2021 /24-7PressRelease/ — The NBA debuts a short film titled ‘NBA Lane‘ commemorating the league’s 75th anniversary season. You will see Michael B. Jordan as the driver of the Hoopbus touring a small group of kids on one of the most fascinating trips of a lifetime. They tour a neighborhood housing 75 years of NBA culture. The budding child actress Naiya Singh Padilla Lands her first NBA feature in the Globally Premiered “NBA Lane” short film/Commercial released on October 7th on @NBA social media platforms and NBA.com/75 as part of a 75-year flagship campaign.

In the beginning of the short film young Naiya can be seen as one of the first passengers to board the Hoopbus; greeted by Michael B. Jordan. Soon, the bus takes off and begins its journey in which you will see 30 players past and present on a mock set of a NBA neighborhood that documents 75 years of history. They drive through a neighborhood housing 75 years of NBA culture.

“‘NBA Lane” was created as a way to honor both the history and future of the NBA,” said NBA Chief Marketing Officer Kate Jhaveri in an NBA.com article. Naiya Singh Padilla was pitched by her manager at Eleven 7 Artist, Tanesia Tramel, to become one of four chosen children booked to participate in this once in a lifetime amazing short film/commercial.

How did young Naiya feel about meeting over 30 professional NBA Legendary players in only one day? “It was so awesome to meet all the star athletes and legends, and of course, Michael B. Jordan. I got to see how professional actors and athletes act around the camera. My favorite person to work with on set was Michael B. Jordan and Donovan Mitchell, as they both were so nice and made me feel like a star,” says Naiya.

Created in conjunction with Translation LLC, the short film was directed by Rick Famuyiwa (“Dope” and “The Mandalorian”) and Emmett Malloy of the Malloy Brothers (“Easy Express” and “The Tribes of Palos Verdes”). 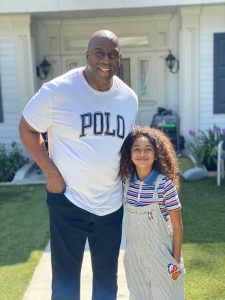 Naiya Singh Padilla is a beautiful young multiracial actress on the rise. Her mom is Shkira Singh, Punjabi East Indian from England. Her father is Don Padilla, Black and Mexican American from California. Her parents are very proud of their daughter following her passion and living out her dreams. She’s managed by Eleven 7 Artist Management and her agents are Paradigm and Coast to Coast. Naiya trains at the famous Shanelle Gray Studios. For interviews please contact [email protected] or [email protected].

You can also check out Naiya in a MLB commercial https://youtu.be/Z-Ly2iiXGWw.